Find this article at:
go.ncsu.edu/readext?806093
— Written By Jim Walgenbach (1 month ago) 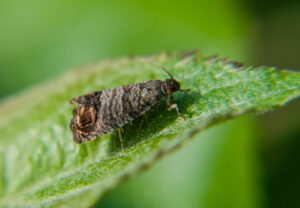 Codling Moth:  Except for second-generation codling moth in lower elevation orchards (less than about 1200 ft elevation), insect activity remains low at this time. In the Cleveland/Lincoln County area about 1475 DD have accumulated since biofix, and now is the optimum timing for control of the second generation.

In Henderson County and other locations of similar elevation (≥2000 ft), only about 1050 DD have accumulated since codling moth biofix. These areas are still about two weeks from the need for an insecticide targeting the second generation.

Aphids, Leafhoppers and Mites:  With shoot growth foliage now hardening off, leafhoppers and green aphid populations are declining and insecticidal control should no longer be necessary. Also, if European red mites have not developed to threshold levels by the end of June, they usually will not be an issue the remainder of the year. However, with increased pyrethroid use for brown marmorated stink bug in recent years, it would be wise to continue to scout for this pest. 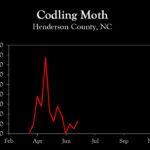 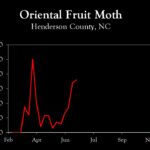 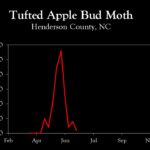 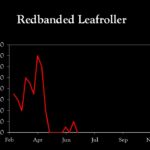 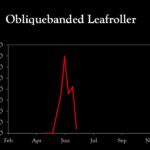 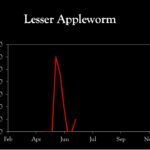 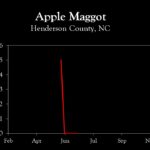 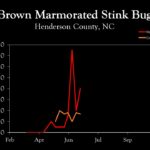 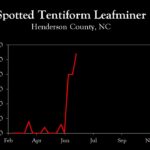 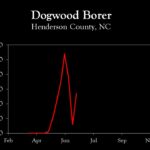 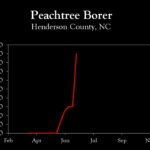 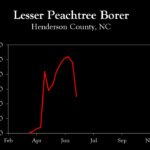 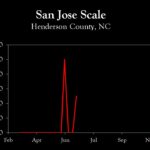