Find this article at:
go.ncsu.edu/readext?804713
— Written By Jim Walgenbach (1 month ago) 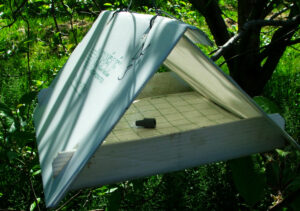 In elevations greater than about 2000 ft, such as Henderson, Haywood, and Wilkes Counties, this remains a time of relatively low insect activity. In Henderson County, codling moth degree day accumulations are about 940 DD, which coincides with almost 100% emergence of 1st generation adults and 80% of first generation egg hatch — it is highly unlikely that problems arise this late in the generation. The next critical time for codling moth will be about 1400 DD, which is not expected for at least two weeks.

At lower elevations (<1000 ft), such as Cleveland and Lincoln Counties, codling moth DDs average about 1325. Hence, second generation flight has begun. When this generation requires control, pheromone trap captures often increase at about 1400-1450 DD. The next 7 days will be an important time to consider insecticidal control in these lower elevations.

Most people have applied an insecticide for tufted apple bud moth; for those that have not, the window of opportunity will remain open for about another week.

While we are in the midst of second generation oriental fruit moth flight at elevations ≥2000 ft, populations have been very low in commercial orchards. OFM is usually not an issue until later in the season (Aug/Sept), but with pyrethroid use since the arrival of BMSB, populations have declined considerably. 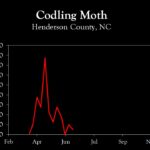 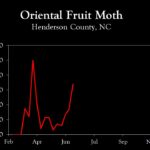 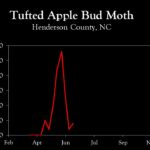 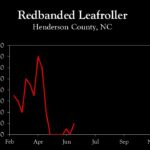 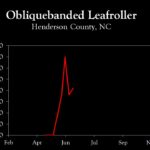 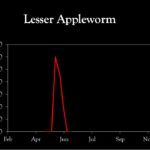 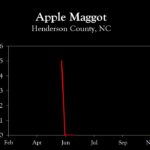 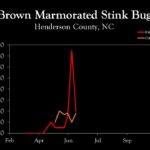 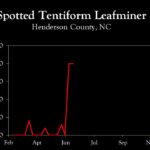 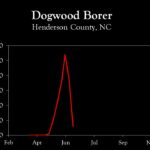 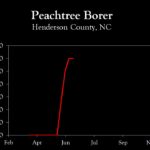 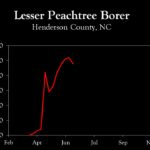 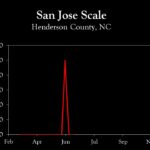