Find this article at:
go.ncsu.edu/readext?796274
— Written By Jim Walgenbach and last updated by Stephen Schoof 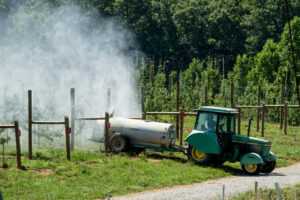 We have entered a period where the main focus of insect control throughout the region is the codling moth, and it will remain that way for the next several weeks. Degree-day accumulations since biofix range from about 240 in Henderson County to 420 in the Lincoln/Cleveland County region. Under moderate to high codling moth populations, an initial application is recommended at 250 DD, which coincides with initial egg hatch. However, populations are considerably lower in the vast majority of commercial orchards, and delaying an application until approximately 350 DD will allow growers to reduce the number of applications targeting the first generation without risking damage. The last spray targeting first generation codling moth is generally between 600 to 650 DD. Pheromone trapping is an important tool to verify the existence of low populations. The forecast calls for below normal temperatures for the next week, so few degree-days will be accumulating during this time.

In those orchards that have employed mating disruption for codling moth and OFM, especially for multiple years, only one insecticide application for the first generation is recommended. The timing of this application should be between 500 and 650 DD, which also coincides with the optimum time for control of the tufted apple bud moth.

Insecticide Use in Orchards with Reduced Crops

There have been questions about reduced insecticide programs in orchards with crop losses due to the freeze. This is a difficult question, and the answer depends on the extent of crop loss, the specific pest, and the historical insect pressure in the orchard. Certain insects, such as the codling moth and apple maggot, use chemical cues given off by fruit to help locate their hosts, so those orchards with few fruit will be less attractive than those with full crops. Certain other pests, such as scales, mites, aphids and leafhoppers, do not rely on these same chemical cues, and populations will infest trees regardless of fruit load.

Severe Crop Loss:  The easiest decision is in those orchards with no crop, or so few fruit that it is not economically viable to harvest. Under this scenario, insecticide use should be sparse and used only against those few insects that can do long-term damage to the health of the tree, or reduce return bloom next year. In orchards with a history of San Jose scale problems, an insecticide should be considered, because it can take a couple of years to clean up a large scale population. However, if scales have not been an issue for several years, which is best estimated by the absence of infested fruit at harvest, an insecticide is probably not necessary. Injury inflicted by high European red mite populations can reduce fruit set the following year, so a miticide should be considered if populations develop to high numbers – i.e., bronzing is evident. However, with a reduced insecticide program, ERM should be less of problem compared to normal circumstances. Another pest to consider controlling is potato leafhopper, especially on young trees. Leafhoppers prefer to feed on new shoot growth and can stunt growth when populations are allowed to build to high numbers.

Questionable Crop Load:  This is the most difficult situation, where the crop load is low, but perhaps not so low that you are willing to walk away from the orchard. Under this scenario the cost of a full management program is not justified. The only practical way to reduce insect control costs are to reduce the number of applications; there are no “less expensive insecticides” that provide acceptable levels of control, otherwise they would be recommended and used under normal circumstances. Clearly, there is risk associated with reducing the number of insecticide applications. The best way to minimize that risk is to scout orchards for pest problems on a regular basis, including the use of pheromone traps for codling moth and oriental fruit moth. I am familiar with low-pest population orchards in previous years that have not been sprayed with an insecticide for over two months from early June to mid August. So it is possible to minimize insecticide use with without incurring serious damage. Below are timings considered most critical for insecticide applications if minimizing cost inputs.

2nd to 3rd Cover: An insecticide effective against both codling moth and tufted apple bud moth applied between 500 and 600 codling moth DD.

Mid-June:  If leafhoppers are causing damage, consider an insecticide that is also has some activity against oriental fruit moth.

5th to 6th Cover: An insecticide effective against codling moth at about 1450 DD to target the second generation if moth captures in pheromone traps exceed 7 to 10 per week.

Mid-August to Early September:  Depending on the timing of emergence of 1st-generation brown marmorated stink bug adults, one or two pyrethroid applications to minimize damage. 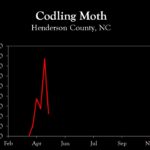 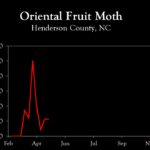 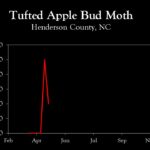 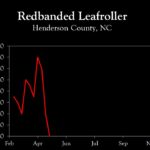 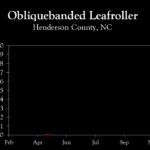 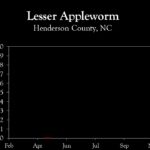 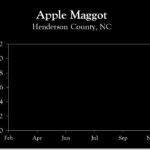 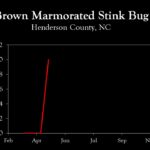 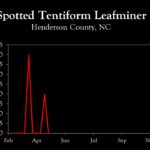 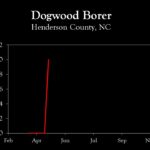 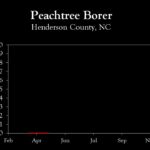 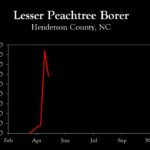 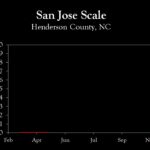