Find this article at:
go.ncsu.edu/readext?718554
— Written By Jim Walgenbach (2 months ago) and last updated by Stephen Schoof 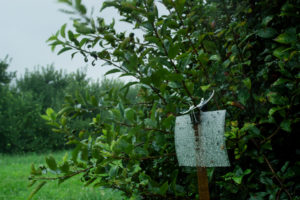 As has been the trend in recent weeks, overall insect pest pressure is low, and as we enter August the primary concern will be brown marmorated stink bug.

About 2400 degree days (DD) have accumulated since biofix in Lincoln and Cleveland County, which corresponds with the end of second-generation egg hatch. In Henderson County, DD accumulations are almost 1900, which corresponds to almost 90% adult emergence and 65% egg hatch. Except for those few areas where populations have been high throughout the year, it is highly unlikely that problems will develop at this point. Relying on pheromone trap captures to monitor population activity is the best option.

OFM populations have been variable throughout the region. Specific control measures against OFM are not needed if pheromone trap captures remain below 10 moths per trap. Where pyrethroids will be sprayed for BMSB, that application will also control OFM. If BMSB is not an issue and a pyrethroid is not necessary, a sprayable OFM pheromone application is also very effective. Finally, in orchards using mating disruption, it is unlikely that additional control measures will be necessary.

Currently BMSB is of greatest concern in lower elevation orchards (<1000 ft elevation). Adult numbers generally begin to increase quite rapidly between 10 and 20% emergence, or around 750 DD after biofix (see chart below). In Cleveland County, where almost 50% of adults have emerged, expect populations to be high in hotspots. In the Wilkes County area, emergence has just recently begun, so expect to see numbers increase over the next couple of weeks. Finally, emergence in Henderson County is not expected to begin until next week, and for almost two weeks in Haywood County. 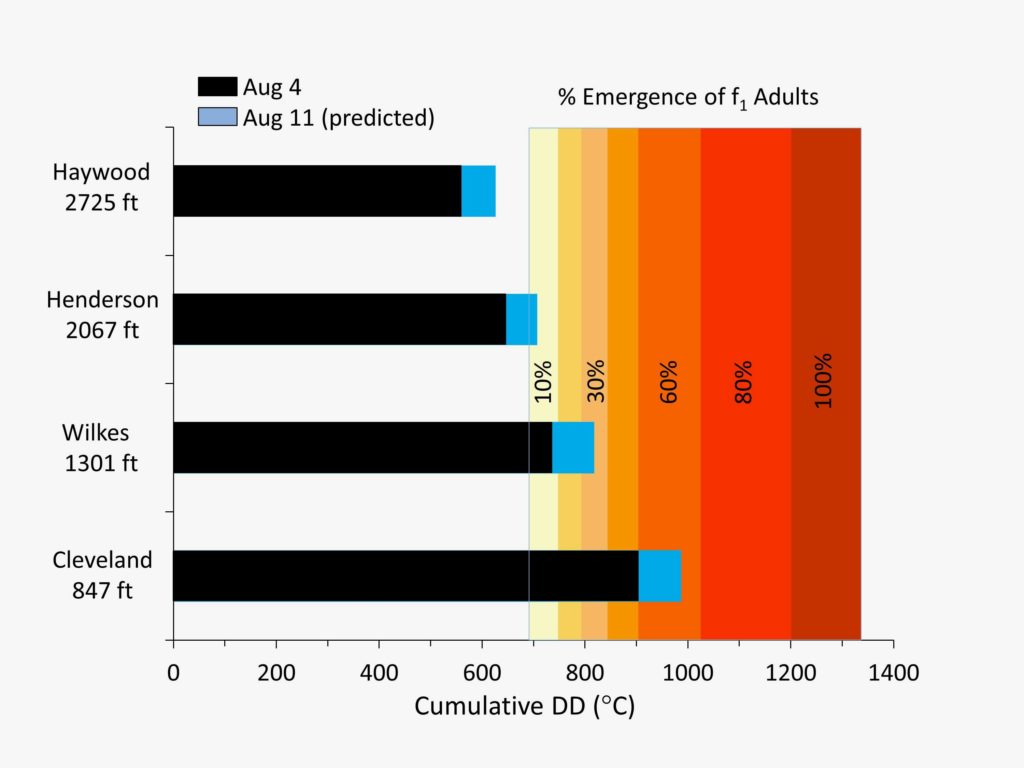 Captures of apple maggot flies remain low at our abandoned orchard site. Last year captures were also somewhat late, not increasing in numbers until 19 August. While not all orchards are susceptible to apple maggot infestation, the later the emergence the greater the chance it will coincide with sprays for BMSB, which are also effective against apple maggot. 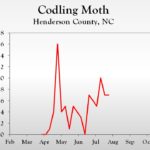 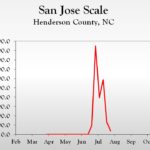 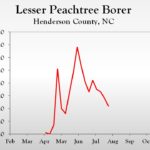 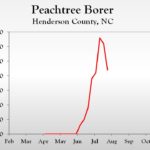 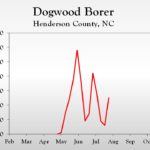 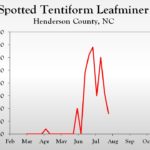 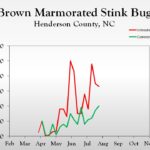 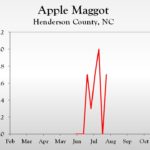 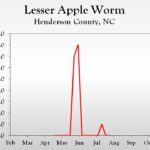 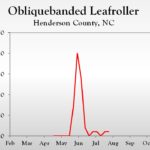 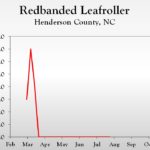 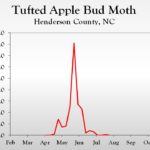 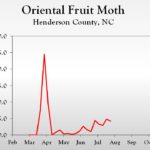