Find this article at:
go.ncsu.edu/readext?715765
— Written By Jim Walgenbach and last updated by Brandon Hopper 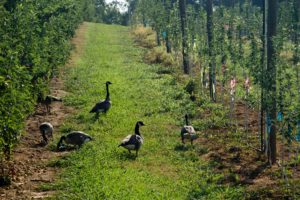 Codling moth pheromone trap captures remain low throughout the area, while oriental fruit moth captures have crept up in several locations during the past week. The only location where first-generation BMSB adult emergence is underway and remains in lower-elevation (<1000 ft) sites, although emergence is predicted to begin next week in the Wilkes County area.

Codling moth DD accumulations range from 1630 in Henderson County (2nd generation egg hatch about 35% complete) to 2250 in the Cleveland/Lincoln County region (2nd generation egg hatch is >80% complete). This is an important time to monitor for codling moth in Henderson County and other areas of similar elevation (about 2000 ft), because if populations are to appear in potentially damaging numbers, now is the likely time that will happen.

During the past week or so, OFM pheromone trap captures have increased in several locations. Although trap captures have not been excessively high, an insecticide application should be considered when numbers exceed about 10 moths per trap. In areas where a pyrethroid application was recently made for BMSB, that should also control OFM.

The updated model output for emergence of first-generation BMSB predicts emergence occurring only in lower elevation orchards (<1000 ft), but emergence is predicted to begin in the Wilkes County region next week (see figure below). Emergence is considerably delayed at higher elevations such as Henderson and Haywood Counties, where adult emergence is still several weeks away. 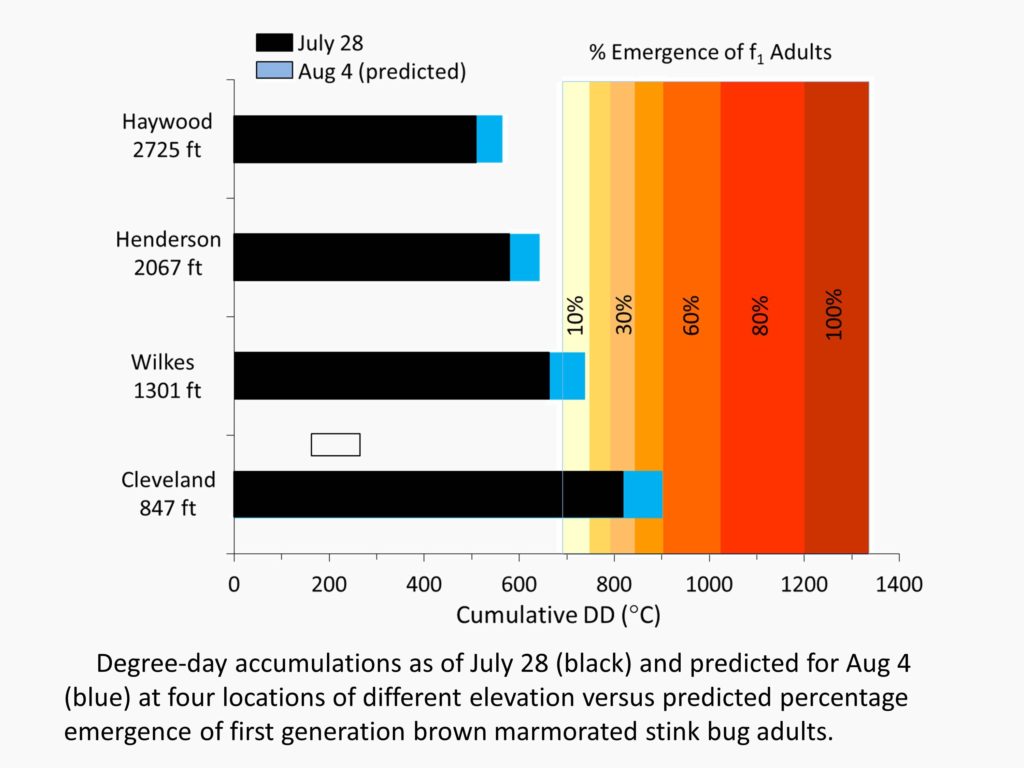 We are entering that time when apple maggot flies often begin to emerge in abandoned orchards. We have not yet detected a significant emergence, suggesting that this year’s cooler weather is also delaying emergence of this pest. 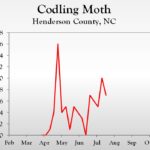 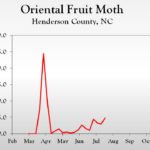 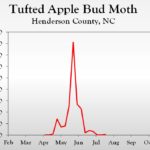 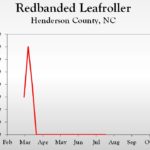 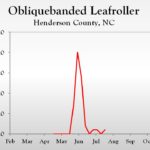 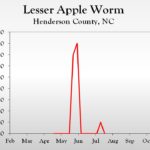 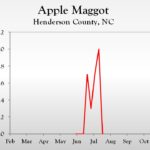 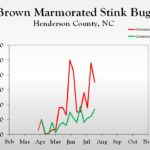 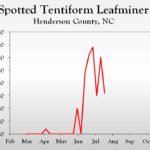 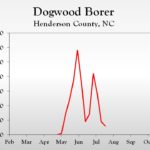 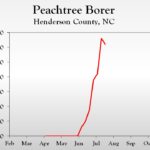 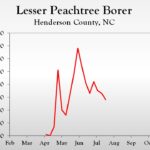 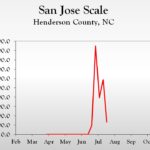