Find this article at:
go.ncsu.edu/readext?712653
— Written By Jim Walgenbach and last updated by Brandon Hopper 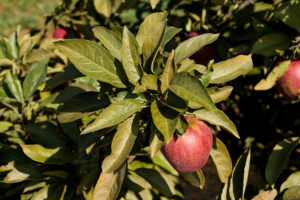 At lower elevations (<1000 ft), first generation brown mamorated stink bug is beginning to emerge, while at higher elevations second generation codling moth is of primary concern. San Jose scale infestations are beginning to appear on apples in trials at the research station in Mills River, so now would be a good time to scout orchards to determine if any adjustments in insecticides are needed.

Degree-day (DD) accumulations in Henderson and Cleveland County are at about 1440 and 2000 DD, respectively. This suggests that now is an optimum time for an insecticide application in Henderson County (and similar elevations), while second-generation flight is nearing completion in lower elevation orchards. The exception would be in lower elevation orchards with high populations of codling moth, which would be indicated by high pheromone trap captures or recent larval infestations in fruit. In those orchards using mating disruption for codling moth, as well as those non-disrupted orchards that have had very low trap captures season-long, it is unlikely that insecticides are necessary at this time for codling moth. However, pheromone trap captures should be the key measuring stick. Oriental fruit moth pheromone trap captures have continued to be low at monitoring locations.

Emergence of first-generation adults is beginning in Cleveland County and other locations of similar elevation (<1000 ft). To provide better clarity of BMSB emergence predictions for multiple locations, the model output is depicted in a different manner this week (see below). As of today (July 21), DD accumulations in Cleveland County are at 737, which the model predicts is equivalent to emergence of about 8% of the population. By next week that will have increased to almost 30%. Hence, now is an important time for managing this pest in lower elevations. Based on future weather forecasts, it will be at least a week before emergence begins in Wilkes County, and even longer in Henderson and Haywood Counties. 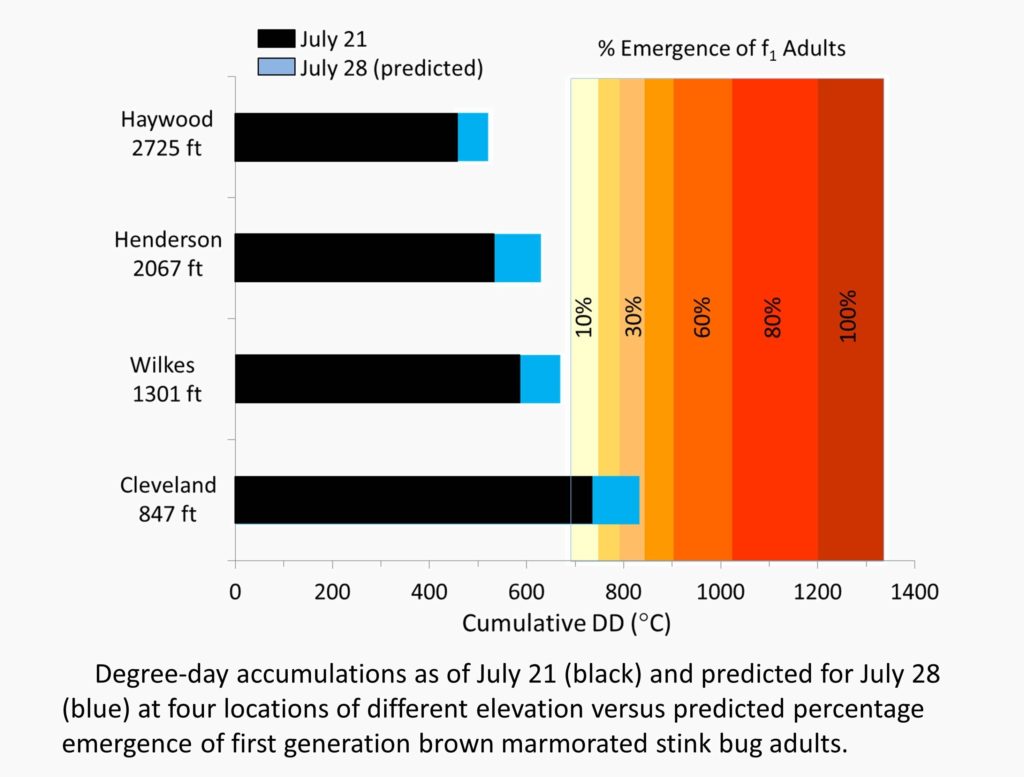 Other Pests of Potential Concern

Now is good time to scout those sections of orchards where San Jose scale has been a problem in recent years. SJS fruit infestations are now appearing in the non-treated controls of our insecticide trials on the research station. Hopefully, early-season treatments were effective in managing this pest in commercial orchards, but if not, detecting problems now and adjusting insecticide sprays will minimize expansion of infestations. European red mites continue to be detected across the region, but, in most instances, if populations have not developed by late July it is unlikely they will become a problem.

Finally, captures of apple maggot continue to be very low at our abandoned site; this insect typically begins to emerge in larger numbers in late July to early August. 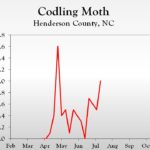 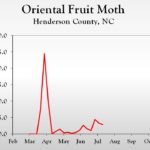 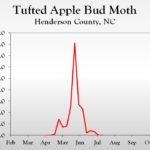 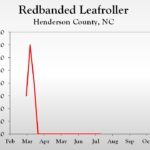 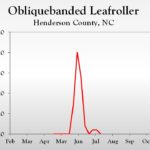 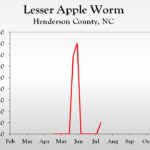 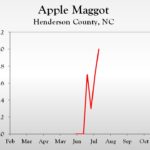 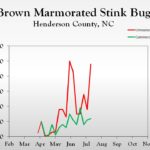 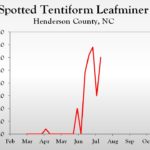 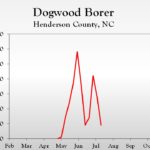 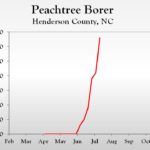 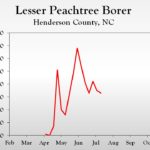 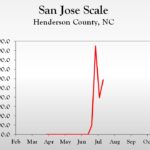