Find this article at:
go.ncsu.edu/readext?710446
— Written By Jim Walgenbach and last updated by Stephen Schoof 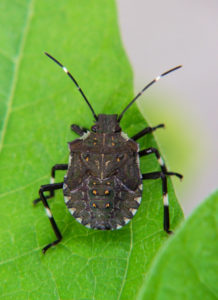 In lower elevations near Cleveland and Lincoln Counties, codling moth degree day accumulations average 1830 DD since biofix, which coincides with about 60% egg hatch of the second generation. If trap captures remain low and there is no evidence of damage, the potential for populations to flare up at this time are very low. In Henderson County at an elevation of about 2100 ft, cumulative DD since biofix are only about 1275. Emergence of second generation adults picks up between 1400-1450 DD, which is predicted to occur early next week. For those using mating disruption for codling moth and OFM, it is unlikely that insecticides are needed for this generation, although pheromone trap captures should be the determining factor.

As shown in the figure below, first generation BMSB adult emergence is predicted to begin by the end of this week in the Cleveland/Lincoln County area (1,000 ft elevation). Emergence begins at about 700 DD (predicted in this area for July 18), and by July 21 predicted DD accumulations are 735, which coincides with emergence of about 7% of the population. Insecticide applications for BMSB (see below) should be considered next week in those areas with a history of BMB problems.

Emergence of first generation adults is still at least three weeks away in higher elevations (>2000 ft). Degree-day accumulations at the MHCREC in Henderson County (2080 ft) is only at 435 DD as of July 14, and is predicted to be 495 in a week. 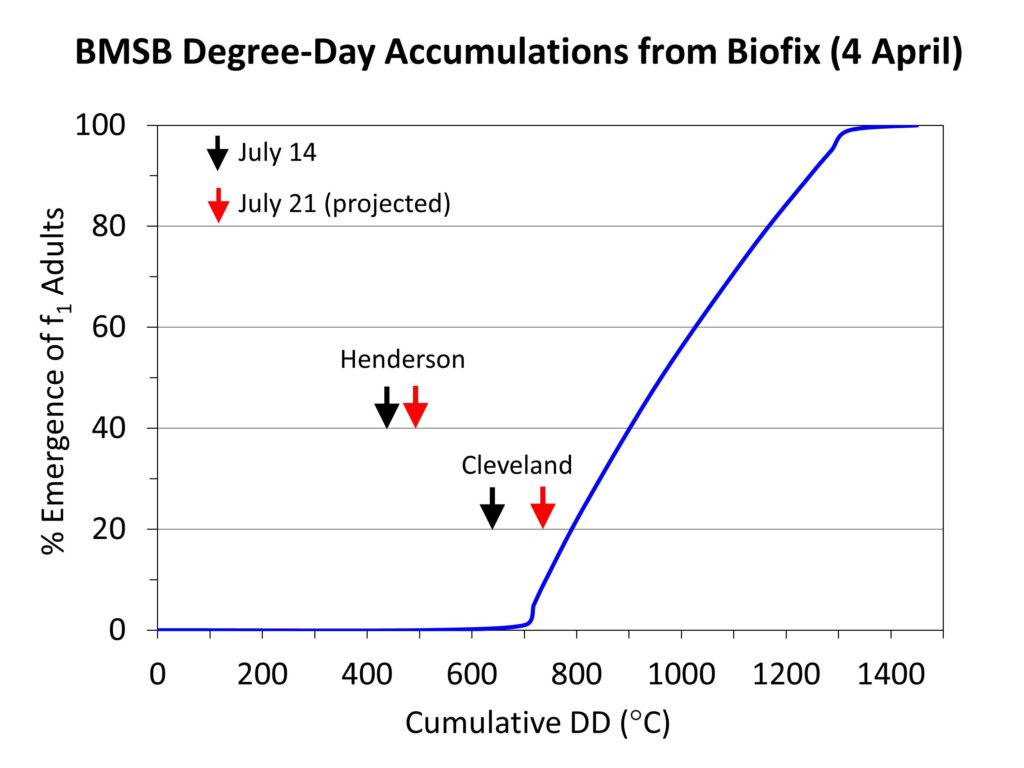 Insecticides effective against BMSB include several neonicotinoids (Actara and Belay) and most pyrethroids (i.e., Brigade, Bifenture, Baythroid, Danitol, Warrior/Karate, Mustang Max, Tombstone). It should be noted that neither neonicotinoids or pyrethroids are recommended for codling moth, so in those orchards where both BMSB and codling moth are of concern, either a tank mix with one of the above materials plus an insecticide effective against codling moth, or the premixes Besiege (chlorantraniliprole + lambda-cyhalothrin) or Voliam Flexi (chlorantraniliprole + thiamethoxam). Where Altacor (chlorantraniliprole) was used for first generation codling moth control, the above-mentioned premixes should not be used.

While the approval of the Section 18 request for bifenthrin was in last week’s update, it should be noted that this year’s request for dinotefuran (Venom, Scorpion) on apples has not been approved by the EPA. 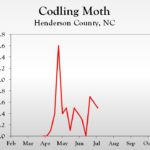 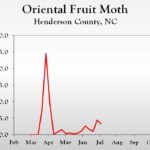 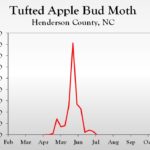 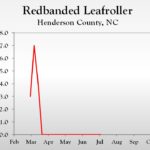 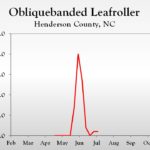 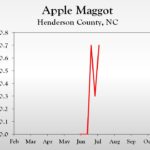 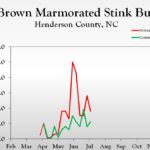 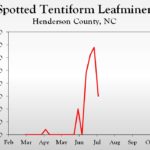 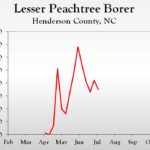 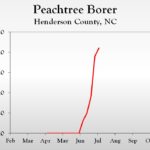 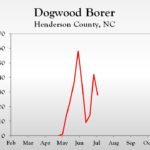 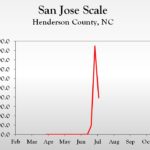