Find this article at:
go.ncsu.edu/readext?686970
— Written By Jim Walgenbach and last updated by Stephen Schoof 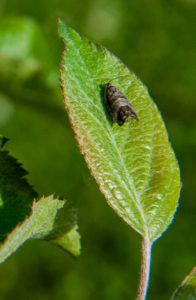 With the warmer temperatures during the past week, there was an increase in codling moth trap captures compared to recent weeks. However, with cooler temperatures moving into the region in the next couple of days, and expected to stick around for a week, insect activity will likely be greatly reduced. Codling moth degree day (DD) accumulations across the region range from about 100 at the Research Station in Henderson County to almost 350 in Lincoln County. The initial insecticide application for first-generation codling moth is recommended at 250 DD, which is not expected for at least 10 to 14 days in Henderson County. Off the mountain in Lincoln County, most locations have probably applied at least one application for first-generation codling moth. Further applications, if warranted, can likely be delayed during this cold period.

For those growers concerned about San Jose scale and who have not yet applied an insecticide for this pest, the optimum timing for targeting crawlers is mid-May in Henderson County (see graph below), and about a week earlier off the mountain in the piedmont. In lower elevations now is a good time to target crawlers, while in Henderson County a week or two from now would be optimal. Three insecticides, including Esteem, Courier and Movento, have all demonstrated excellent season-long control when applied to coincide with crawler emergence. 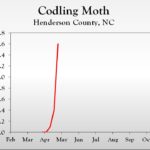 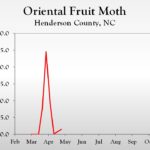 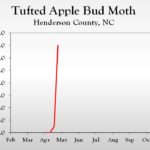 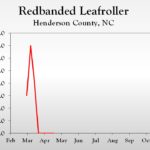 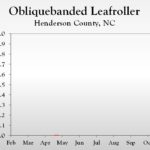 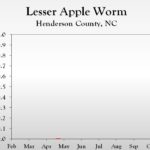 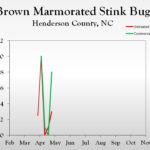 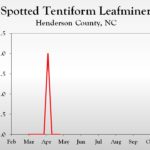 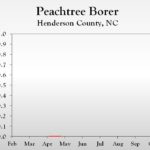 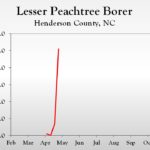 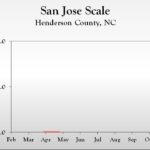