Apple Disease Update: Week of May 27

Find this article at:
go.ncsu.edu/readext?529757
— Written By Sara Villani 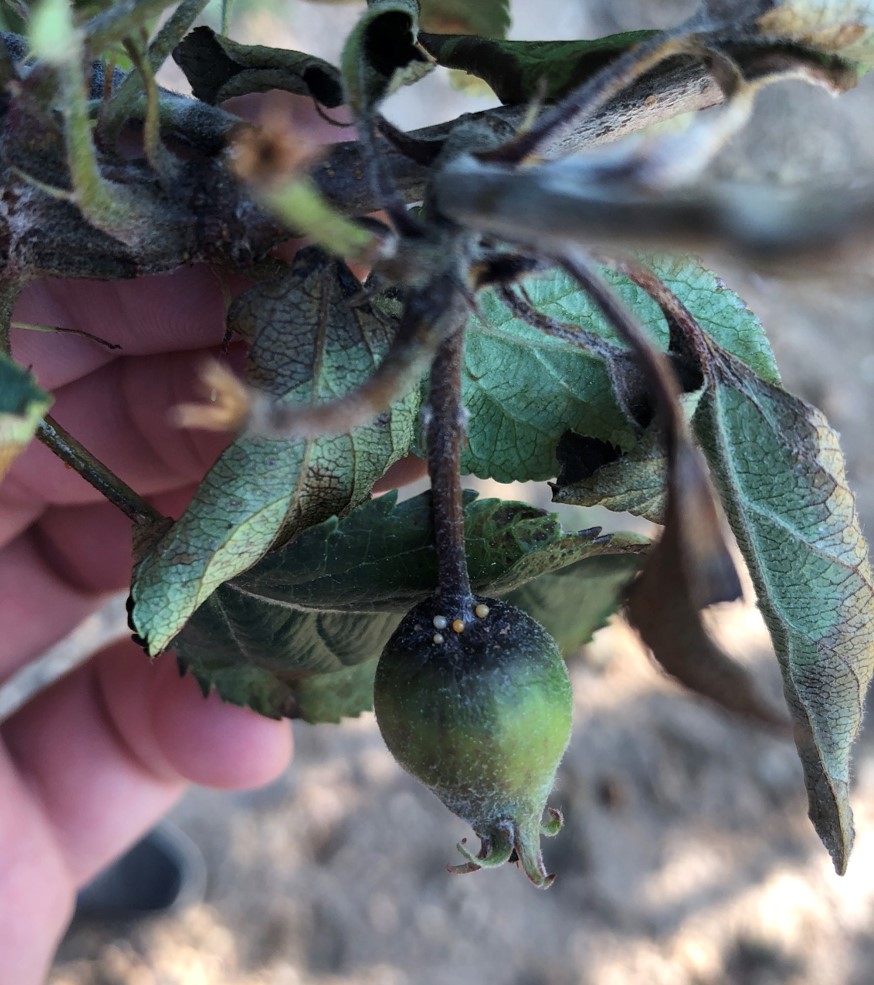 The Good News: The sun came out last week to enable fungicide applications to be made in Western NC.

The Bad News: With the exception of the Brushy Mountain growing region, after this weekend (2+ inches of rain) very little residues are likely left on the trees.

My Advice: If you can get a break from the rain (or at least to a point where it is misting or gently raining) apply a full rate of captan + 4 pts ProPhyt (or a similar phosphorous acid fungicide) prioritizing: 1) Glomerella leaf spot/fruit rot susceptible cultivars in blocks with a history of the disease; 2) Glomerella leaf spot/fruit rot susceptible cultivars in blocks with no history of the disease; 3) Blocks in which bitter rot is typically observed; 4) Everything else. For late harvest cultivars such as ‘Pink Lady’ I also strongly advise including a half rate of mancozeb (3 lb/A) in the application. Applying a locally systemic, single-site fungicide in the rain or without having ample time to dry, is not advised. If conditions are such that you cannot get a fungicide application on before or during this next onslaught of rain, prioritize as above, and apply Merivon or Pristine in tank mixture with captan, mancozeb or both. You may get 24 applications of kick-back activity using these products. Other FRAC 11 containing fungicides such as Flint (trifloxystrobin) have not demonstrated high efficacy in the curative mode during studies in the lab.

Glomerella and Bitter Rot are on the Brain, but Don’t Forget About…….