Find this article at:
go.ncsu.edu/readext?870136
— Written By Jim Walgenbach 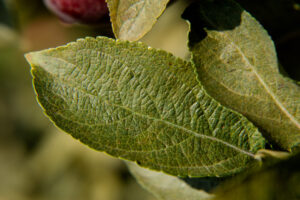 Lepidopteran Pests (codling moth, tufted apple bud moth, oriental fruit moth). With first generation codling moth flight nearing completion in Henderson County, and between generations in Cleveland County, codling moth should not be a concern throughout the region for several weeks. Also, if an insecticide recommended for tufted apple bud moth has not been applied since the beginning June, the window for obtaining season-long control will remain open for another week or so.

Second generation oriental fruit moth flight is underway throughout the region. Generally this generation is of little concern if good control was achieved against the first generation, which is the case based on the absence of damage in commercial orchards. However, OFM captures in pheromone traps have been somewhat higher than normal this season, so it is worth keeping an eye on this insect over the next few weeks. Unfortunately pheromone trap captures are not always a good measure of the threat of damage for this insect, but moth captures of more than 10 to 15 per week may warrant insecticidal control.

Secondary Pests (mites, aphids and leafhoppers). With a hot forecast, sampling for European red mite should be a priority at this time. While touring several commercial orchards last week, low populations of European red mite were observed in most locations. Under these hot conditions populations can increase quickly. A threshold of 5 to 10 mites per leaflet is recommended during June. Aphids and leafhoppers remain low, but populations should be increasing soon.

San Jose Scale (SJS). In addition to scale showing up on fruit in Polk and Cleveland County in the past two weeks, it has also appeared in several orchards in Henderson County in the last week. In those orchards with scale showing up, several insecticide options exist, including Assail (6-8 oz), Diazinon 50W (2-4 lbs/A), Centaur (34/5 oz/A), and Movento (6 to 9 oz/A). Senstar (18 fl oz/A) is a premix labeled for scale that includes the active ingredients in Esteem (pyriproxyfen) and Movento (spirotetramat). If orchards were previously treated with Esteem or Movento, Senstar is not recommended. 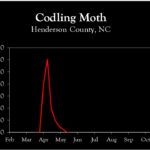 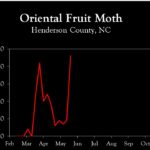 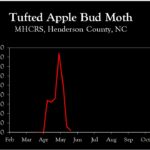 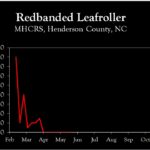 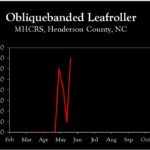 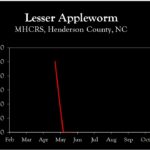 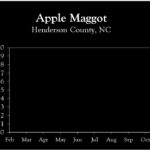 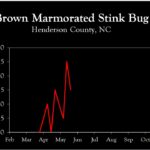 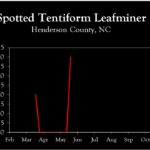 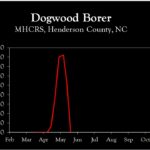 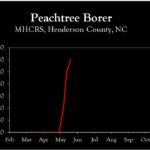 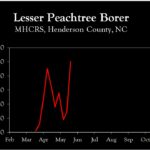 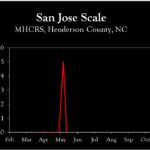 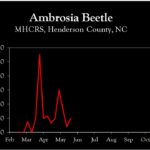