Find this article at:
go.ncsu.edu/readext?789713
— Written By Jim Walgenbach (2 months ago) and last updated by Stephen Schoof 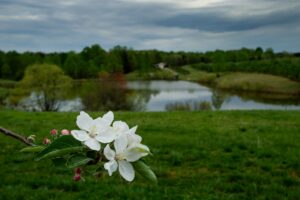 With petal fall spray imminent in most locations, insecticide options will depend on what was applied before bloom and whether or not OFM mating disruption is being used. Another consideration is the level of bee activity in an orchard. For insecticides toxic to bees, which include many recommended at petal fall, it is important that bees are removed from orchards before sprays are applied.

Plum Curculio: This remains one of the most common causes of insect damage to apples in this region, and effective control is highly correlated with petal fall sprays. Although the severity of damage varies considerably among orchards, plum curculio is ubiquitous and can cause damage in virtually every orchard. In orchards with a history of problems, sprays should be made as quickly after petal fall as possible. In orchards where damage is historically low, there is usually a longer buffer period and sprays can be slightly delayed. However, 1st Cover is often too long to wait.

Rosy Apple Aphid:  Rosy apple aphid is a sporadic pest, but it can be difficult to monitor, and control with curative applications of insecticides can be difficult. Most neonicotinoids and closely related insecticides are effective against RAA, and effective control can be achieved before bloom at Pink, or after bloom at petal fall.

Oriental Fruit Moth:  Biofix at the research station in Henderson County was set on 27 March (codling moth biofix was 9 April). In orchards using mating disruption for OFM, insecticidal control of the first generation is not necessary, so focus on plum curculio and rosy apple aphid if relevant. However, where mating disruption is not used, an insecticide effective against this pest is recommended to control the first generation.

Insecticide Options:  Because of the importance of plum curculio, only those insecticides with activity against this pest are recommended at petal fall. 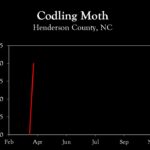 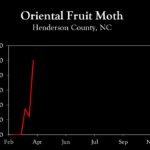 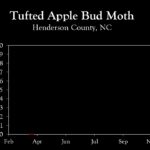 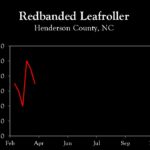 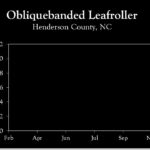 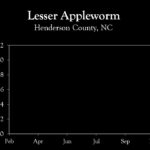 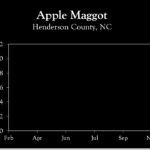 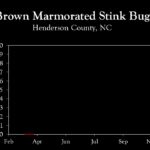 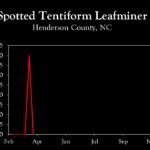 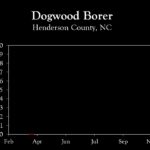 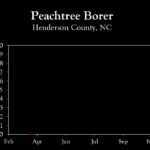 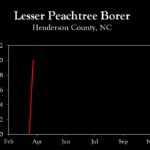 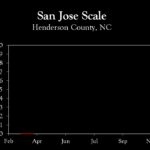