Find this article at:
go.ncsu.edu/readext?623407
— Written By Sara Villani 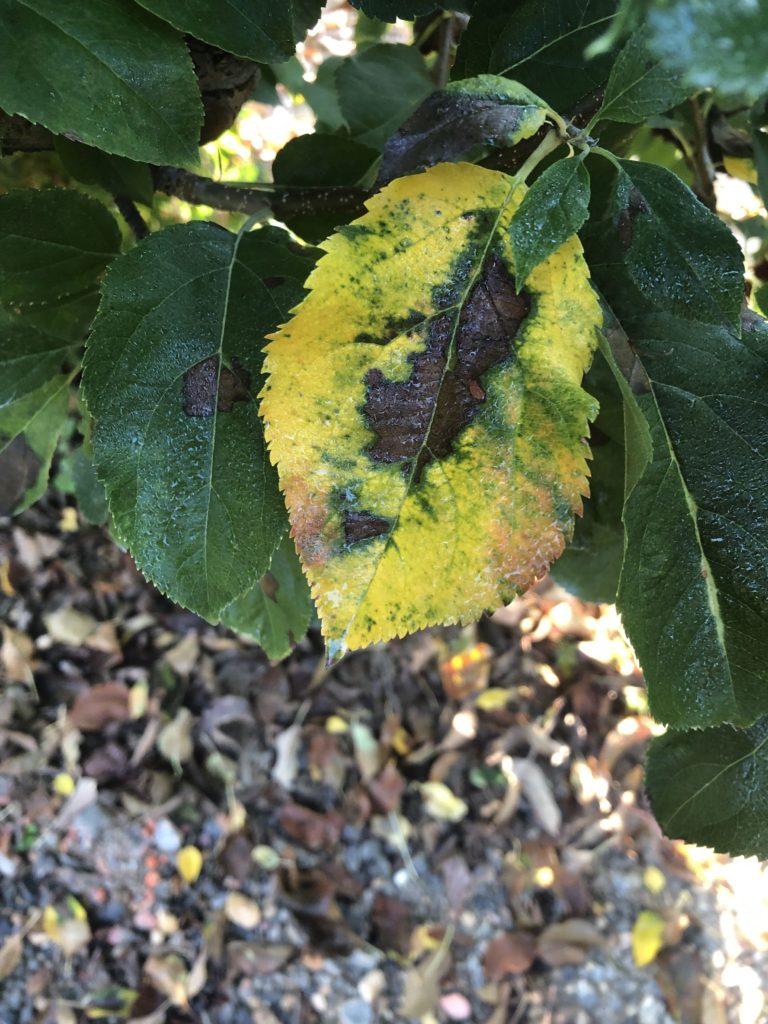 Over the past week I’ve received a few phone calls regarding concern over leaves on Golden Delicious suddenly developing leaf spots/blotches, quickly yellowing, and then prematurely defoliating. Understandably, there was widespread concern that Glomerella leaf spot had appeared in the affected trees just prior to harvest, despite the intensity of fungicide applications throughout the season. Fortunately I do not suspect the symptoms to be caused by a pathogen in this case. Rather Necrotic Leaf Blotch (NLB), a physiological disorder, is most likely the culprit on rapidly defoliating Goldens.

Symptoms of NLB are similar to GLS and often it may be best to look for what is not present (in regards to symptoms) for a proper diagnosis. Here’s a quick comparison:

*If you have a block (or row) of ‘Golden Delicious’ with leaf spots and premature defoliation and another cultivar susceptible to GLS adjacent to that ‘Golden’ block, take a look at the other cultivar for leaf symptoms. If you’ve sprayed identical fungicide programs in both cultivars, and only the ‘Goldens’ have leaf symptoms, this evidence points more towards NLB than GLS.*