Find this article at:
go.ncsu.edu/readext?535490
— Written By Sara Villani 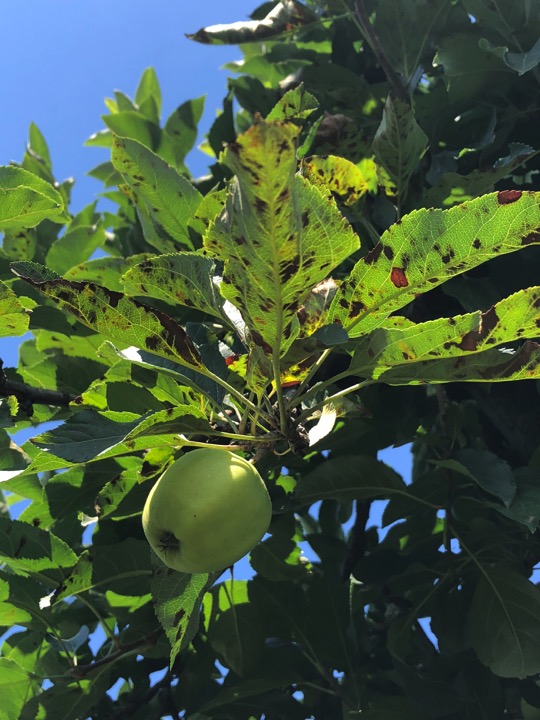 While areas of Henderson and Polk County NC received nearly 40% of the average annual rainfall for the region during the last two weeks of May, fortunately the month of June brought a break in the rain. With only 2 inches of rain in Henderson County during the month of June, environmental conditions favoring pathogen infection and disease development were not nearly as favorable as the previous month. Thus, while Glomerella leaf spot/bitter rot infections likely occurred during the last weeks of May the rate of symptom development has been remarkably similar to that of 2017.

Due to the relatively dry June, questions have come up regarding spray intervals. Given my observations of Glomerella leaf spot/fruit rot development in previous years I’d strongly advise growers in NC to remain on a 7 to 10-day application interval. We have been keeping to this interval in our Glomerella Research Orchard at MHCREC and have less than 2% incidence in programs with Captan + ProPhyt as cover sprays. Just to prove my point look at the two photos below. The top photo shows a ‘Gala’ tree in our orchard in which fungicides targeting Glomerella leaf spot have not been applied the entire season. The second photo is of a ‘Gala’ tree right next to the unsprayed tree in which Captan 80 3.75 lb + ProPhyt 4pt/A. has been applied on a 7-day interval since petal fall. 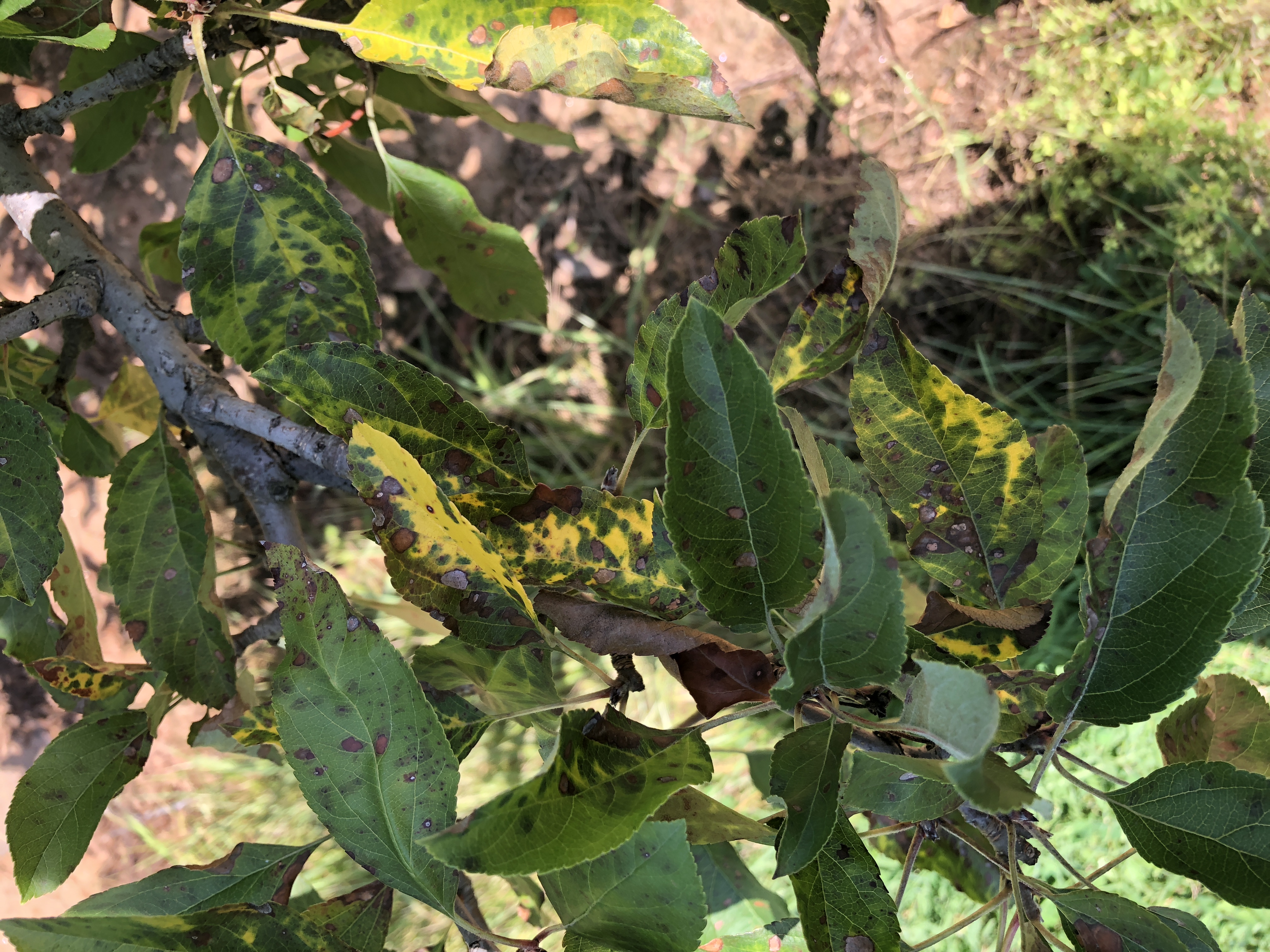 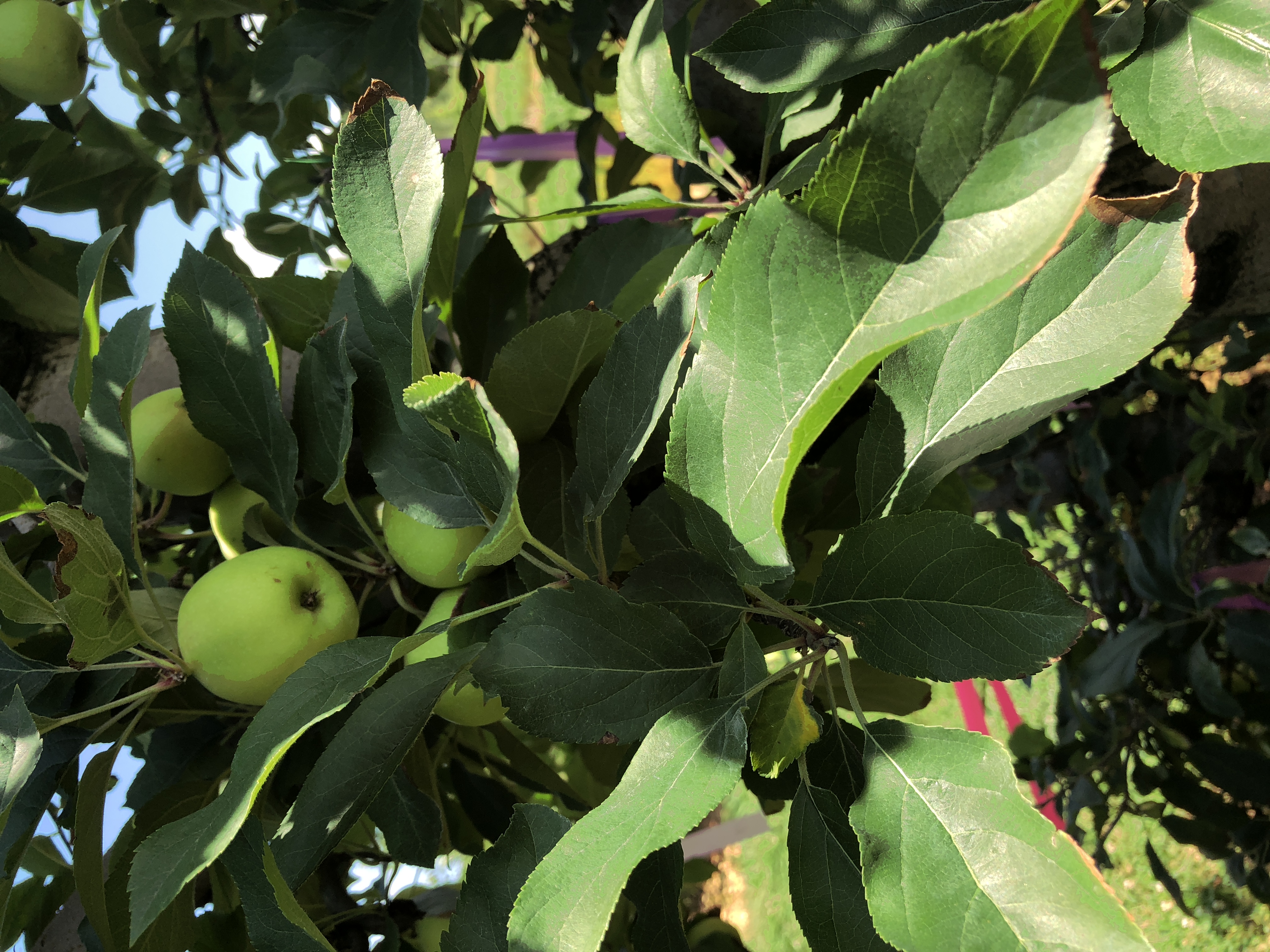 I also want to make sure everyone is on the same page as far as ProPhyt application rates go. To clarify 4 pints of Prophyt (or another Phos. Acid) should be applied in tank mixture with Captan for Glomerella management. 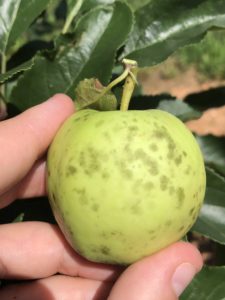 While flyspeck/sooty blotch is considered a cosmetic disease of apple, severe infections may result in crop loss or downgrading during processing. Captan + ProPhyt works fairly well at managing FSSB. However, if you’ve had heavy disease pressure in certain blocks in the past, you may want to consider including Aprovia or Inspire Super in tank mixture with your Glomerella fungicides.