Find this article at:
go.ncsu.edu/readext?526696
— Written By Chris Clavet and last updated by Tom Kon 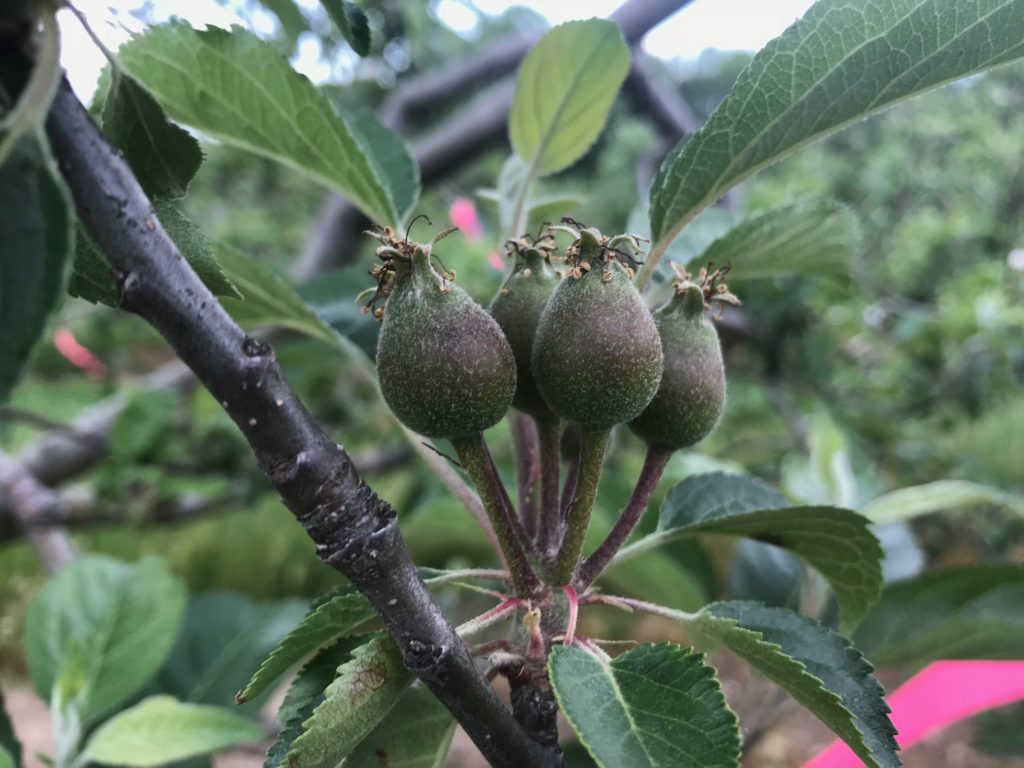 The purpose of this post is to provide a brief update on projected temperatures and carbohydrate balance estimates. This may be of value to those who plan to thin over the weekend. We plan to provide another update on May 15th.

High temperatures (> 85 °F) will be observed at some locations over the weekend. If thinners are applied when daytime temperatures exceed 85 °F, thinning may be excessive. When temperatures rise above 85 °F a few days after a thinning application, a greater thinning response can occur. If increased thinning is not desired, consider reducing rates or delaying application.

While temperature is an important factor in estimating apple tree carbohydrate status, the interaction of thinning chemistry and temperature is not considered in this model.

Output from the Carbon Balance Model for three sites in WNC (Flat Rock, Sugarloaf, and Moravian Falls) and a thinning index is below. Based this output and the thinning index, thinning responses to normal rates of thinner may be normal to slightly aggressive. In addition the model output, please consider the interaction between high temperatures and thinning chemistry. 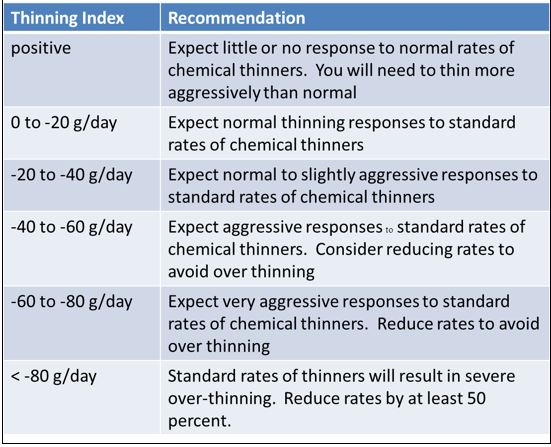