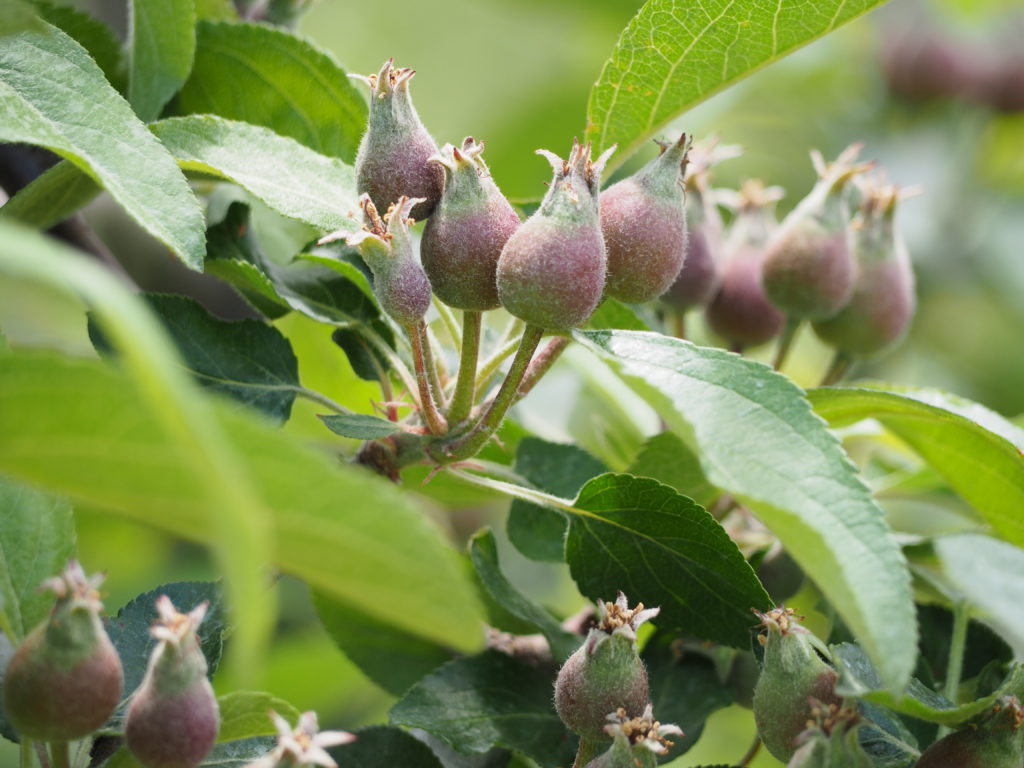 In blocks that received chemical thinners last week, it is too early to assess the effect of this application. In general, thinner effects (fruit abscission and/or a fruit size differential) can be observed 10-14 days after application. If possible, rescue-thinning decisions should be delayed until effects of post-bloom thinning sprays are apparent.

Some varieties (Golden Delicious, Rome, etc.) are approaching an appropriate size (8 to 12 mm) for post bloom thinning. The forecast calls for moderate to warm temperatures this week. All post-bloom thinning materials have good activity when daytime highs exceed 68 °F. Based on the forecast and predicted carbon balance – expect a normal to slightly aggressive thinning response to standard rates of chemical thinners.

Additional factors may need to be considered for your specific site/situation, such as: blossom/bud mortality due to cold weather, relatively poor conditions for pollinator activity during bloom, and sub-lethal damage to spur leaves. These factors need to be considered on a block-by block basis.

Output from the Carbohydrate Balance Model for three sites in WNC (Flat Rock, Sugarloaf, and Moravian Falls) and a thinning index is below. Based this output and the thinning index, thinning responses to normal rates of thinner may be normal to slightly aggressive.