Find this article at:
go.ncsu.edu/readext?529102
— Written By Sara Villani 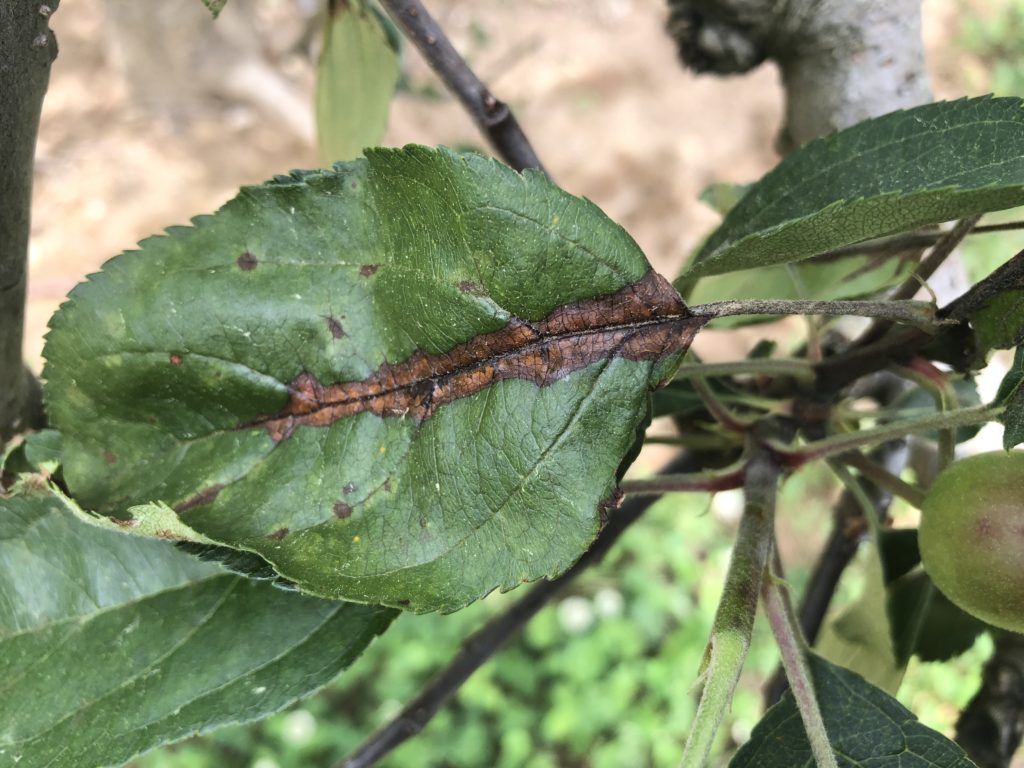 Yesterday I posted an Apple Alert: Rain Addition, which focused on how to approach applying fungicides during extremely wet weather. Just to recap:

I’ve had some discussions today on weather a spreader/sticker should be applied with captan while spraying during light rain or prior to a heavy rain event. While a spreader sticker may potentially result in less captan being lost to rainfall, the risk of phytotoxicity may increase. Captan labels clearly warn against:

Glomerella Leaf Spot and Bitter Rot: Most growers in Western NC are likely on their 3rd or 4th cover (or later cover?) application. We are reaching what I like to refer to as the “Glomerella maintenance period”. This means……

Shoot Blight: The photo up top shows a leaf with mid-vein necrosis that developed after a shoot blight infection. Conditions continue to be ideal for shoot blight. If you have not applied two applications of prohexadione calcium for shoot blight management, there is still time to do so. For mature trees, apply Kudos or Apogee at a rate of 6-12 oz/100 gal and for young trees (5 years or younger) 3 to 6 oz/100 gal. If shoots were infected during last week’s rain, an application of prohexadione calcium may slow down the infection, giving you more time to remove infected branches.

Apple Scab: In yesterday’s Apple Alert I indicated that there have been reports of apple scab throughout Henderson County (including my research orchard). Even a few primary infections can lead to an epidemic of apple scab due to secondary infections. If there is any concern that a primary scab infection wasn’t protected, I’d suggest applying Aprovia (7 fl oz/A). Aprovia provides about 50-60% control of GLS/bitter rot, so do not use this as your only fungicide in the tank this week. 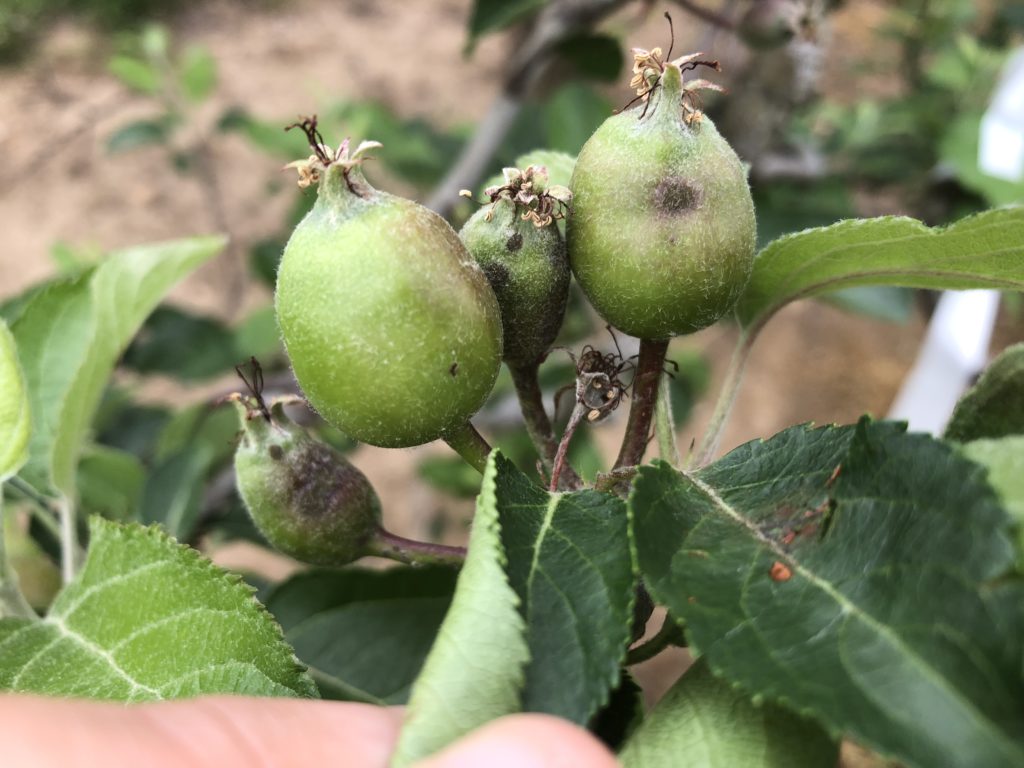 * These are the big three for the week. Flyspeck/Sooty Blotch infections are also predicted throughout much of North Carolina. Captan + ProPhyt are fairly effective, but you may want to consider adding a “helper” single site/locally systemic fungicide into the mix if you’ve had issues with the disease in the past. Inspire Super and Aprovia have both been very effective for us in research trials.