Find this article at:
go.ncsu.edu/readext?528818
— Written By Sara Villani

…..the apple growers need to spray. 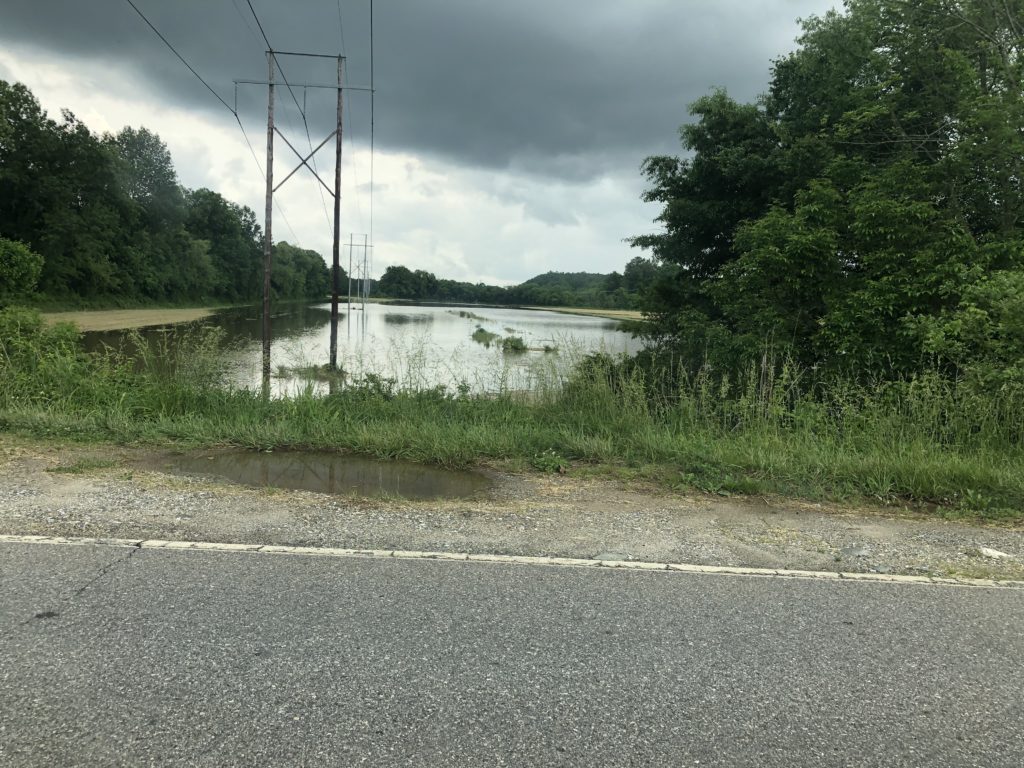 Since last Tuesday (May 15) some orchards in Henderson County, NC have received over 7 inches of rain. Great news if you’re a pathogen, not so much if you’re an apple grower. Many of us were taught that captan needs to be reapplied when greater than 2 inches of rain has occurred. A 2008 study by Xu et al., has found that any rainfall greater than 1 mm (0.04 inches) can reduce captan residues by an average of 50%!

In regards to fungal diseases of apple, sustained management of Glomerella leaf spot/bitter rot and apple scab during this period is critical. As I mentioned in last week’s 2nd Cover weekly update primary scab lesions have been observed on developing leaves and cluster/spur leaves in our research orchard. I have also been receiving some reports of scab in commercial orchards throughout Western NC. Early scab lesions can be easy to miss. Even just a few primary lesions lead to an epidemic under the right conditions (such as moderate temperatures and 7 inches of rain…….). Resistance to older S.I. (FRAC 3) fungicides in populations of the apple scab pathogen, Venturia inaequalis, is fairly prevalent throughout the eastern US. Considering the potential for high scab pressure in orchards where primary infections occurred, consider an application of Aprovia (Group 7) + mancozeb or captan or Inspire Super (FRAC 3 + 9) + mancozeb or captan as soon as possible. Both Aprovia and Inspire Super will provide at least 24 hours of kick-back activity.

With all of this scab talk, make sure you do not forget about Glomerella leaf spot and bitter rot. On Glomerella and scab susceptible cultivars, I suggest choosing Aprovia over Inspire Super and applying it in tank mixture with a half rate of captan, mancozeb or both, and also include 4 pts ProPhyt for enhanced disease control. Keeping residues on the trees is important, even if it means getting on the sprayer in light rain.