Find this article at:
go.ncsu.edu/readext?519285
— Written By Jim Walgenbach and last updated by Stephen Schoof 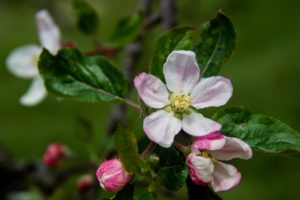 The weekly insect pest update is now hosted at the new Southern Appalachian Apples Portal, which includes information on all aspects of apple production in the region. Every Tuesday, an email containing links to updates (including the insect pest update) will be sent to everyone on our email list. To be added to the list, send an email to sara_villani@ncsu.edu.

Summaries of local insect activity will begin later in April. For now, trap updates appear below, and here’s an article on early season insecticide options.